Some of us believe deep down that people really can change. These growth oriented assume that it’s possible, for example to get smarter if you are given right opportunities and support and if you try hard enough and if you believe you can do it. Conversely, some people think that you can learn skills, but your capacity to learn skills – your talent – can’t be trained. The problem with holding the latter fixed mindset view – and many people who consider themselves talented do – is that no road is without bumps. Eventually you’re going to hit one. At that point having a fixed mindset becomes tremendous liability. With a fixed mindset you’re likely to interpret these setbacks as evidence that, after all, you don’t have the “right stuff” – you’re not good enough. With a growth mindset you belive you can learn to do better. 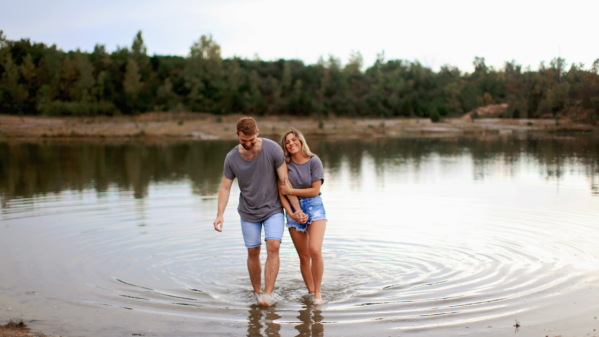 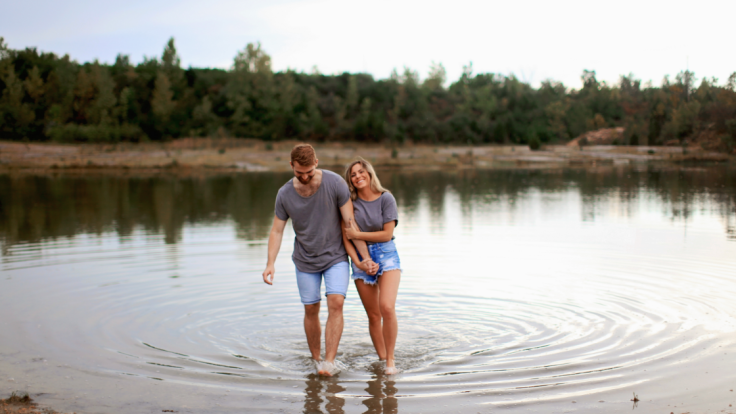 If we are in a relationship, I don’t expect you to be the same you were when we met. I want you to grow with me. Life throws challenges at us, if we want to do better, we’ve to become better and grow together.

After some years…we may not be the same we are now. But let’s hope, we become a better and happier and more successful couple than we are now.

I still remember the time when I first learnt the word ‘entreprenur’. It was in 9th grade, in our economics lecture.

I remember thinking – How awesome these entrepreneurs are… Starting a company, making it successful, is not an easy task. I wonder how they do it…

When I started going to college, I began researching about entrepreneurship.

I came across wonderful people and their inspiring stories. I always loved to study successful people. The best resource I had was YouTube. It’s flooded with entrepreneurship videos. I also learnt a lot from Malcom Gladwell’s book Tipping Point and Outliers.

That’s when I came across people like Gary Vee, Grant Cardone, Dan Lok, Evan Charmichael, Elon Musk, Richard Brandson and many others. And I realised there are more entrepreneurs than famous Bill Gates and Steve Jobs.

Entrepreneurship, I learnt, is about serving others in the best possible way. Creating the products that will be helpful to masses and then doing the marketing and getting sales.

That’s something I really like about entrepreneurship. It’s about helping people in the best possible way and being smart to get what you deserve as well.

Entrepreneurs learn many lessons along the way of creating a successful company.

As you see, these entrepreneurs don’t boast about what they have now, but tell you about the journey they went through to create something, to build something.

Entrepreneurs need to learn the value of hard work and patience, dedication and passion, resilience and optimism, dealing with different clients and making sales. All of this is something we’d like to learn and apply in our life as well.

Some people cheat to make their way and not everyone who makes it to the top has put in the hard work. But most of them have and those are the people who are constantly raising the bar high. Setting high standards.

Entrepreneurship is also about executing your ideas in the best possible way. Walt Disney wanted to entertain children and inspire them to create positive changes in the society. He executed it beautifully and became one of the most successful entrepreneurs in the history of the world.

I deeply admire successful entrepreneurs. There’s so much to learn from them..

Many people try to manifest everything they want into their lives by using this law.

Some of them think you should just have positive thoughts and think about everything you want as if you already have it and it will be granted.

But is just thinking about it enough?

You are really hungry. You want to eat pizza at night. You are imagining you have pizza, with lots of cheese, it’s all yours, you are taking the first bite, then the second… You are so happy!

Can just thinking this way fill your belly?

So what do you do?

You at least have to get up from your couch and pick up the phone and order pizza!

Is just “thinking about it enough?”

Let’s say you want a promotion next month.

You are more likely to believe that you will have it when you’re actually working hard and making progress.

You won’t believe you’ll have promotion if you were on leave for 10 days last month.

You are more likely to believe in your wish and attract stuff when you are actually working towards it.

“I know I have built a finance firm, it’s a great company and I am the CEO…..”

Without knowing a single thing about running a big company.

Use your logic at times my friends.

I don’t have anything against Law of attraction. I think it’s great. It really works. But you have to move along with your vibes.

You say – “Taylor Swift is the best pop singer in the world! She’s so amazing, I love her….. (your belief)

But I don’t listen to her songs” (your action)

This is something I’ve learnt about the law of attraction.

Moral of the story – Don’t use Law of attraction as an excuse to avoid work. You have to put your work where your mouth is.

And I say this again

(this is the real secret) –

The stronger you believe in your dreams, the harder you will work.

That’s just something I’ve seen in my life.

Hope this was helpful guys!

It’s just my perspective about this topic. Yours may be different and that’s okay.

I’d love to hear your views on this topic.

Thank you for being here!❤️

Watch your thoughts for they become your words,

Watch your words for they become actions,

Watch your actions for they become habit,

Watch your habits for they become character.

This is so true. It all starts with your thoughts. Your mindset.

I started practicing Affirmations recently and I’ve discovered they really help to keep me in the right frame of mind. They help me keep the right mindset in different situations.

I really liked her her quotes and I find myself reading them when I doubt myself or when I don’t feel certain about anything. She reminds me that everything will work out just fine and my perspective shifts.

Mentally picture yourself, radiant, strong, successful, happy, full of joy and full of life. See yourself moving upwards. Leave behind the darkness and confusion into an increasing brightness and loveliness. See yourself as growing, progressing, winning at everything you do.

Change your language to “What if it does work out”.

Believe in possibilities. Think about the best case scenario. Retraining your mind will lift you higher out of the overthinking, stress and worry of negative habitual thoughts. Change starts with your mindset. Shift it. Switch it.

Sooo, speaking of mindset, I practice different affirmations at different times to help me get into right mindset and to rise above overthinking and stuff.

I’ll be sharing some affirmations you can practice in different situations, hope you find them helpful.

Note – All these affirmations are by Louise Hay.

When you are feeling low. When you need to accept yourself and realise your worth –

When you need some positivity. Imagining that I am a joyful breeze entering a room makes me giggle. Makes me feel good and happy. 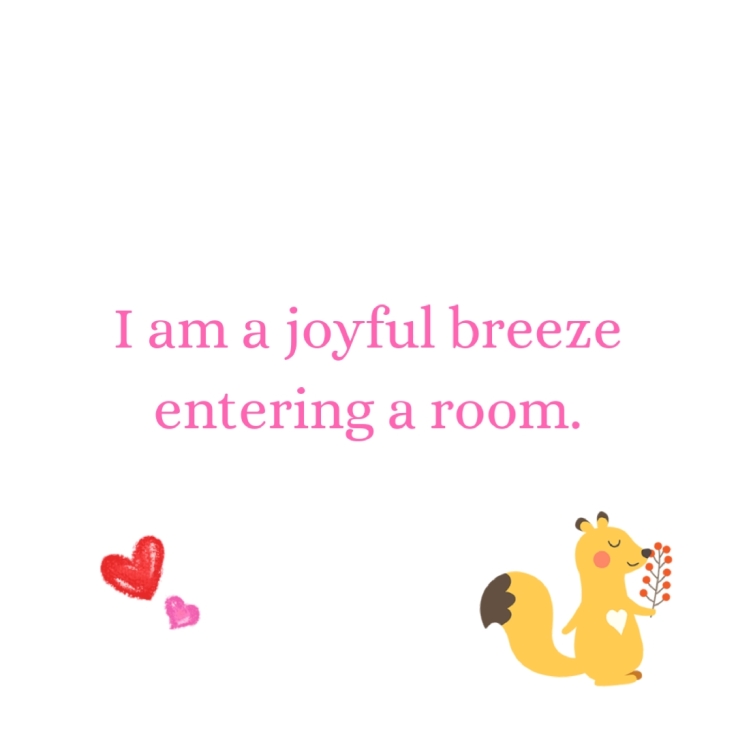 When I start overthinking. Telling myself that I’m breaking free from those fears and doubts and releasing them makes me feel good and positive –

When I start getting “not so good” experiences in life. Telling myself that they are helping me grow and evolve shifts my perspective and brings clarity in my thoughts – 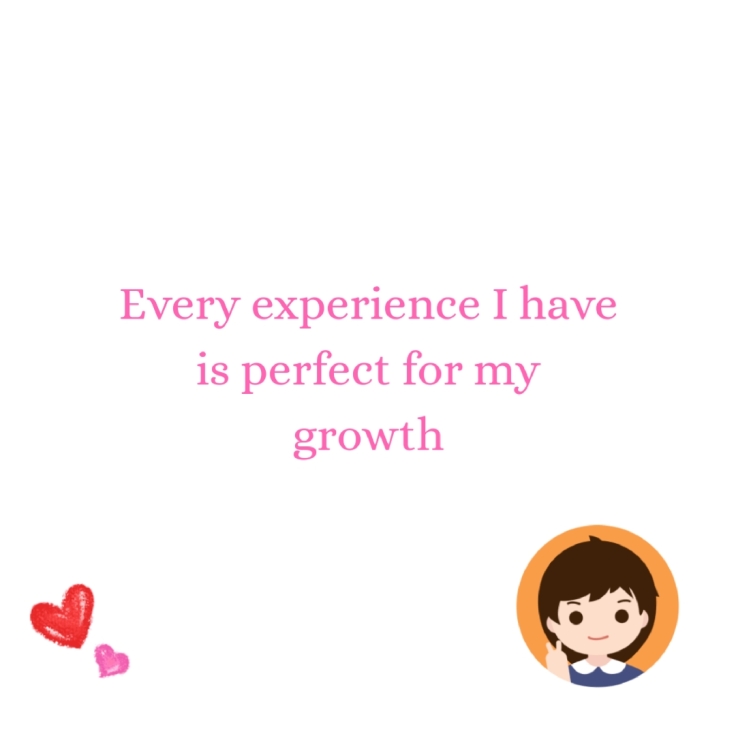 When I am worried about money, it feels good to remind and affirm to myself that there is abundant wealth for me, it’s all working out for me –

This is actually a gentle reminder to be grateful and joyful throughout the day. The thought of my day starting and ending in joy and gratitude feels awesome.

When you get overwhelmed by all the new changes in your life it would be great to remind yourself that you are capable of dealing with all this. You are welcoming change –

When you don’t know whom to trust, what decision to make, try believing that everything you need to know is revealed to you. Trust your intuition – 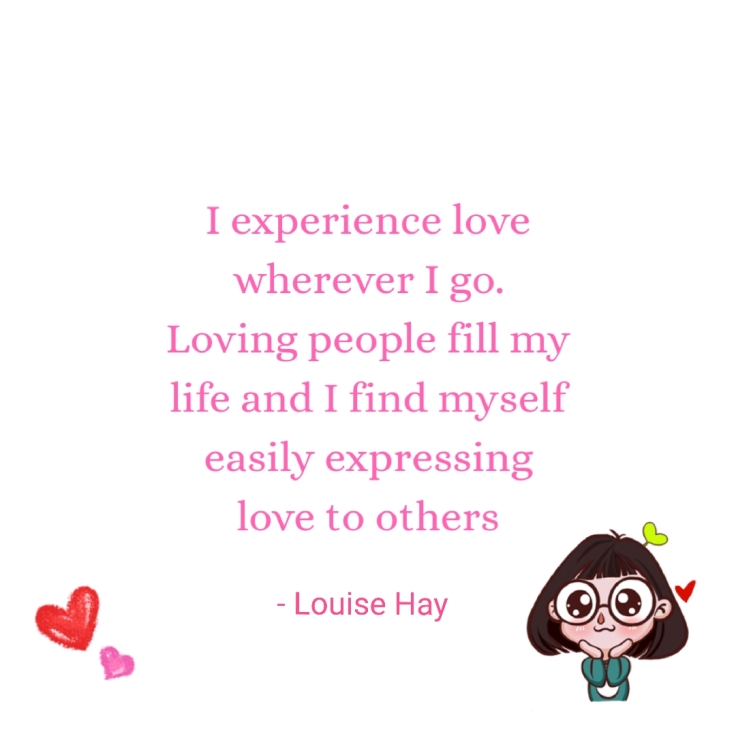 This could be a reminder that you need to make sufficient time for work and play in order to live well.

Do you practice affirmations? Does this sound helpful?